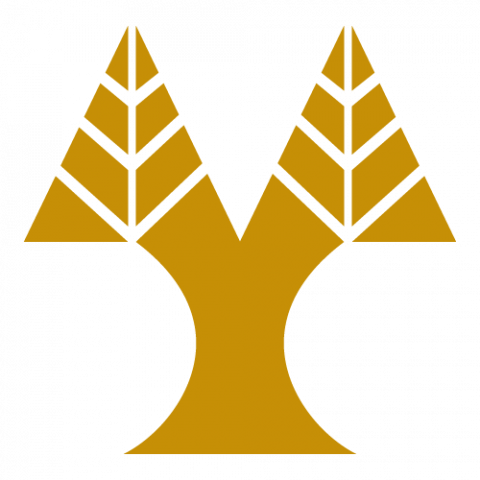 The University of Cyprus was established in 1989 and admitted its first students in 1992. It was founded in response to the growing intellectual needs of the Cypriot people, and is well placed to fulfil the numerous aspirations of the country. The University is a vigorous community of scholars engaged in the generation and diffusion of knowledge. Despite its brief history, the University of Cyprus has earned the respect of the international academic community and the appreciation of Cypriot society. Admission for the majority of undergraduate students is by entrance examinations organized by the Ministry of Education and Culture of the Republic of Cyprus, and the competition for places is intense. A number of places are reserved for students with special needs or circumstances. Every effort is made to offer practical solutions to students facing specific problems, be it access to University facilities, or assistance on academic issues.
When the University of Cyprus first opened its doors to students, the incoming class consisted of 486 undergraduate students. During the academic year 2013-2014 there were 7048 students (undergraduate and postgraduate). There are 8 faculties, 22 departments and 11 research units at UCY.
University of Cyprus aims to establish itself as a Pioneer Research Institution achieving International Scientific Recognition in European Higher Education, offering Competitive Programmes and to become a Centre of Excellence in the wider Euro - Mediterranean Region. The main objectives of the University are twofold: the promotion of scholarship and education through teaching and research, and the enhancement of the cultural, social and economic development of Cyprus. In this context, the University believes that education must provide more than simply accumulation of knowledge. It must also encourage students' active participation in the process of learning and acquisition of those values necessary for responsible involvement in the community. The University sets high standards for all branches of scholarship. Research is promoted and funded in all departments for its contribution to scholarship in general and for its local and international applications. Furthermore, the Research Centre for Sustainable Energy (FOSS) was created in order to play a key role in research and technological development activities in the field of sustainable energy within Cyprus and at international level with the aim of contributing to
the achievement of the relevant energy and environment objectives set out by Europe. In particular, the FOSS strives to become a centre of excellence in energy that will act as a structure where world-standard R&D work can be performed, in terms of measurable scientific production (including training) and/or technological innovation. In the FOSS significant research expertise from the University of Cyprus as well as from industry has been assembled that spans a host of fields: Electrical, Mechanical, Civil, Environmental, Chemical engineering, to Physics, Chemistry, Economics, Finance, as well as Architecture. The FOSS team aims, with the development of the necessary synergies, to create the impetus for the advancement of the field of energy. Members of the Centre represent Cyprus in European Energy Committees such as the Energy Committee for the FP7, the Horizon 2020, the SET Plan, the Solar Energy Industrial Initiative, the European Smart Grid Technology Platform, the European Standards Committees on PV and the EU PV Mirror Group. Furthermore, the FOSS staff act as expert evaluators for predominantly Energy Proposals within the FP7 and other National initiatives. Furthermore, the researchers comprising the working team have extensive experience in grant proposal applications and have acquired funding for a range of research topics through the EU, the National Research Funding Agency in Cyprus as well as industry.

Role in InteGRIDy:
The main role of the University of Cyprus is to design and overlook the deployment of the micro-grid infrastructures. Also, the UCY will be responsible for the collection of all required data related with the operation of the micro-grid and energy consumption and production data. Finally, the UCY with the collaboration of CERTH will perform detail simulation studies assessing the environmental impact/benefit of the proposed micro-grid and the financial viability of the project. UCY as leaders of "Coordinated DR and DSM at Academic Campus and Households with RES & CHP (Nicosia, Cyprus)" will employ DR and DSM strategies and techniques at buildings within the University’s campus and households of the nearby municipalities with CHP and local RES (PV systems) in collaboration with EAC. UCY will participate in the deployment of the proposed tools’ architecture, data monitoring and collection from the demo site, and their use for the optimization of the system through the proposed modelling tools.